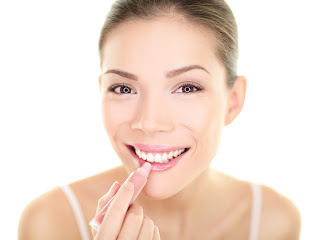 You’ve been advised against wearing makeup while working out as long as you’ve had your gym membership. This being that it can clog your pores, which will ultimately lead to break outs and irritated skin. And forget the mascara, unless you have super human qualities that prevent it from running during a sweat sesh.  After all, the goal is to lose weight, not appeal.
However, there are exceptions when you’ve made plans to grab a glass of wine after spin class or have to head to work post workout. There are solutions to maintaining your face in both a simplistic and effective way for these occasions.
Tinted Moisturizer
Opt for an oil-free formula with light to medium coverage. A tinted moisturizer accomplishes a more even complexion than your natural state, but it’s still not as heavy as a regular concealer or foundation.
Waterproof Mascara
Regular mascara might be overly ambitious and even unrealistic, but waterproof makes the world of difference. Try curling them to avoid having them hit the underneath part of your eye during circuits.
Tinted Lip Balm
Just because you’re saving the statement lip for the club doesn’t mean you have to entirely forego flirting with color. Try a tinted balm that will help to not only keep your pout hydrated but accentuated.  Go for a light shade with a shear base to achieve an effortless look.
Brows
Having well-groomed eyebrows can really perk up your appearance. Brush them out and use minimal shadow if you tend to fill them in. Setting them with an eyebrow gel is recommended to avoid having them rebel during cardio.