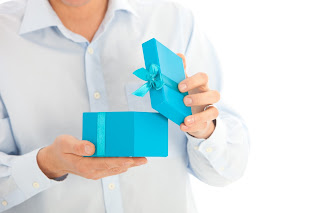 Celebrate your Dad this Father’s Day by treating him to one of the “cool”est gifts. Cosmetic surgery isn’t just for women, and CoolSculpting works just as effectively on men as it does on women. We’ve all been witness to the latest “Dad Bod” craze, and we’re not saying that it’s something the men in your life shouldn’t embrace, but a little fast-fix toning never hurt either.
What is CoolSculpting?
It’s body contouring without having to undergo a surgical procedure. CoolSculpting employs Cryolipolysis, which is a patented method that uses carefully controlled cooling to reduce fat. Once the cells are treated, they are gradually eliminated through your body’s own metabolic processes, reducing the thickness of the fat layer. If you’ve already improved your figure through dieting and exercise, and the pockets of fat you want to target are smaller, then CoolSculpting is the ideal solution for you.
This noninvasive procedure is best suited for the waist, upper/lower abdomen and inner thighs. We know how busy Dads can be with work and everything else going on in their lives, but with CoolSculpting there’s relatively no downtime so he wouldn’t have to worry about taking time off.
Why The SHAW Center?
The Shaw Center has been a Certified CoolSculpting Center since 2011, and not only that but with 25 total years of general body contouring experience means sound advice on the best option to reach your aesthetic goals.
This CoolSculpting Father’s Day Special will give you half off the second area when you buy the first one for Pops. This offer is only valid for men and expires June 30, 2015 with the procedure needing to be scheduled before the following September. This still gives Dad plenty of time to make his consultation in order to assess what parts of his “Dad Bod” could be made better.
Sure, you can really shock Dad this year by gifting him with the usual new tie, but why not give him something that will truly make him happy even when he’s not dressed in a suit? After all, he’s probably earned it.
Call The Shaw Center at 480-767-1900 to learn more about this special offer!
Leave comment
Call us (480) 767-1900
info@theshawcenter.com 8913 E. Bell Road #201 Scottsdale, AZ 85260
[contact-form-7 404 "Not Found"]